Sardapedia
Register
Don't have an account?
Sign In
Advertisement
in: Pages using duplicate arguments in template calls, How I Killed Your Master 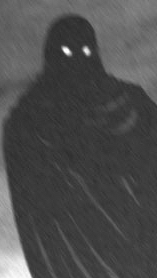 Xu Li is the antagonist in the webcomic How I Killed Your Master. While he has not made any physical appearances in the webcomic thus far, the comic revolves around how Liu Wong killed him.

Before the events of How I Killed Your Master, Xu Li was an enemy of the Five Dragons, a group of five martial artists which included Fei Xian and Liu Feng. He was more powerful than the Five Dragons had ever faced, and so they disbanded in an attempt to stay alive.

Ten years after the disbandment, Liu Feng was killed and his wife and home was stolen away, all of which Xu Li was responsible for, although it is not currently known if he killed Feng himself. Feng's now orphaned son, Liu Wong, was later sent to stay with Fei Xian.

However Liu Wong's whereabouts was found and Xu Li sent two assassins, Ji Jiao and Ji Bao, to kill him. They found Liu Wong alone in the woods, but he managed to flee, leading the assassins to Fei's dojo and both were quickly defeated by Fei. It was then Fei told Liu Wong about his dealings with the Five Dragons and Xu Li.

Later in the story, Liu Wong managed to kill Xu Li, and in the present day (as far as the comic is concerned), Chan Sen, who was one of Xu Li's pupils, prepared a large army in order to kill his master's murderer.